Force for change: Justin Gyphion, Slaughter and May

We talk to Justin Gyphion about his career in legal recruitment and his initiatives to improve diversity via blind recruitment campaigns.

Justin Gyphion, Senior Recruitment Manager at Slaughter and May, was Called to the Bar in 2003. He liked the idea of advocacy and had visions of himself in court. But he quickly discovered what being a barrister is really like, largely working on cases alone. And, as he chats away companionably, you can tell that wouldn’t have been right for him.

He’s someone that clearly thrives on being at the heart of a team. Not surprisingly then, he was increasingly attracted to a future that would combine his legal skills with a commercial environment – and it would lead him into a career in recruitment for some of the world’s leading legal brands.

Justin describes himself as ‘a provincial boy from Wales’. But that gives a slightly wrong impression because his home town of Cardiff is anything but what you’d think of as provincial. Cardiff – and specifically Tiger Bay – was a major iron and coal-exporting port by 1870, trade that brought with it a ‘huge melting pot of people,’ as Justin says. By the 1950s communities from over 50 countries had settled there, making it Wales’s oldest multi-ethnic community.

‘My Grandparents arrived in 1957 from Jamaica – my father was eight years old,’ he says. ‘There is a well-established Caribbean community now and I have lots of family in Cardiff. There are also many Indian and Pakistani families; it’s much more diverse than any other city in Wales.’ But although he returned to his roots, enrolling at Cardiff University after attending school in Gloucestershire, it was not long after qualifying and undertaking his first roles in legal and business, that he found London calling.

‘A lot of my university friends had moved already, and I wanted to continue to use my legal skills, which I felt gave me a lot of credibility,’ he says.  He saw an advert on the back of The Lawyer magazine for Taylor Root, a specialist legal recruitment consultancy. He describes the interview process as intense – he had about five interviews in total – but it was probably a reasonable introduction to what life would be like once he shifted to London to work for the law firm in 2010.

‘The work ethic in London was different – the hours were much longer and there was a work-hard, play-hard ethos, which I found quite exhausting, frankly. Most people there were pretty young, which meant it was very high-octane,’ he says.

He enjoyed learning a new skill-set though, and thought the global brand and presence of the company was great. ‘The scope for international work, the partnership culture, the lovely offices and the great initiatives on diversity,’ he says. ‘And I liked the Partners, who were keen to take on someone from the regions. It wasn’t the only organisation I was talking to, but I really liked it.’

He soon found a path through the challenges too. ‘Establishing friendships was really important; you need to get a support network in place quickly – joining the Kings Cross Steelers rugby team definitely helped me,’ he says.

It was in his agency role that he established some great working relationships with leading law firms, including SJ Berwin, Linklaters and Travers Smith, relationships that would underpin his move in-house – to SJ Berwin, by then King & Wood Mallesons (KWM), in 2014. The firm wanted to reduce its recruitment spend, giving Justin the opportunity to set up a new approach to recruitment, including the introduction of an entirely new direct sourcing model, saving considerable amounts. But as broader financial problems in the business became apparent (eventually leading to KWM’s collapse), Justin received a timely call from Linklaters, suggesting he might want to throw his name into the hat for a recruitment manager role. He joined the firm shortly afterwards, in January 2017.

‘Linklaters was very good,’ he says. ‘It wasn’t necessarily the best cultural match – it was too big for me, I wanted to work somewhere that I could make more of a difference. But they were brilliant on diversity and inclusion (D&I): it was the only firm with a senior diversity manager dedicated to graduates, and it did lots of outreach work.’ He credits its progressive position on D&I to his boss who was the Global Head of Resourcing, but had previously been Head of D&I. ‘It meant that he translated the D&I agenda into everything he did,’ he says. ‘It was joined up in a way that I hadn’t seen at other firms, it was like diversity was part of the firm’s DNA.’

After 18 months of managing 15 global lateral partner hires at Linklaters, this was the one and only time in his career that he was proactive about looking for something else. ‘DLA Piper was doing some good things, and Totum helped me into the role of Lateral Recruitment Manager’, he explains. ‘The firm’s business services teams were undergoing a huge transformation and professionalisation exercise. A HR business partnering model was being put together and implemented at the time, with a plan to be altogether more modern. They were completely revising their policies, procedures and systems, etc. And that really suited me because it tied into my legal skills, and gave me an opportunity to make an immediate impact.’

He describes the firm as supportive, collaborative, technologically advanced and fantastic on D&I. ‘It was very difficult to leave, particularly because we’d built a wonderful resourcing team, and I loved my job’ he adds. But history was to repeat itself in 2020, this time with a call from Slaughter and May, regarding a Senior Recruitment Manager role. ‘They offered a more senior grade within business services, a larger team of people to manage, and a role that would be largely autonomous, with more management and strategy than operational recruitment, but effectively taking on overall responsibility for recruiting everyone except trainees. And the Slaughter and May brand is unrivalled’ he says. It was an opportunity too good to pass up.

It is here that he has been leading on some innovative projects around diversity. Justin was responsible for designing the recruitment and assessment element of the firm’s BD Academy, which culminated this year in the programme being shortlisted for The Lawyer awards in the ‘Best talent and inclusion initiative’ category.

The BD Academy is Slaughter and May’s non-legal graduate training programme for progressing talent in the BD division. Justin suggested that this would be a good vehicle to try a different completely ‘blind recruitment’ process, asking only for an email and name for the purpose of contacting applicants. ‘The application revolved around candidates’ answers to just two questions, which focused on their approach to work and passion for the subject rather than anything else,’ Justin explains. Candidates were specifically instructed not to reference educational or academic background in their answers. ‘In fact, if anyone did allude to their background in the application, they were discounted,’ he adds.

The firm received 430 applications, 30 of which were shortlisted to attend three virtual assessment centres. ‘The selection process has been entirely anonymous. There was literally no opportunity for bias, so the first time we saw the candidates we were amazed at how diverse a group they were. One applicant divulged she was visually impaired during the application process, so we had to adopt supportive tech and processes very quickly, using screen-reading technology and providing compatible MS Word documents to allow her interpretation of assessment data otherwise contained in tables, charts and graphs, providing additional time online and offline, and ensuring people understood that she would not pick up on visual cues. The candidate was the runner up, and if one of the three we chose had declined the opportunity, she would have been first in line to step up,’ he says.

In the end, in a process that rotated around individual judges to avoid bias-creep, the three available jobs were offered to three women, one of whom was from an ethnic minority background. The recruits are now following a two-year programme with the firm, in which, much like trainee lawyers, they will undertake four six-month rotations, covering different specialisms of marketing and BD, including digital marketing, communications and PR, global client development, research and insight, content and pitching.

‘The blind recruitment and assessment process may have been my idea, but the recruitment of our first cohort was a huge collaborative effort, involving many very talented people across HR, BD, L&D and K&I, as well as the legal groups. We all worked tirelessly to get it done and I learned so much from it to take forwards into the future,’ Justin says. ‘We’re already looking at adapting the blind process slightly, introducing elements of contextual recruitment into the mix so we can give greater credit to those with more challenging circumstances through examining socio-economic and other key flags.’

There is something about these progressive recruitment initiatives that feels surprising for a firm like Slaughter and May. Not that you would rule it out, but it’s a firm that remains an enigma for many, lending to the impression that it is primarily very traditional – not one surely to embrace a wholly new approach to recruitment?

But Justin is quick to rebut misconceptions. ‘The moment I walked into this firm I was blown away by the openness, support and friendliness of the culture. I joined during the first lockdown so I knew it would be challenging, going into an unknown firm and wanting to make an impact. But my HR colleagues, as well as numerous internal stakeholders and colleagues, made a huge effort to reach out to me, and it was a great onboarding experience.’

He also sees it as an exciting challenge to challenge the general perception. ‘Mystique doesn’t really work in recruitment – and why should we be mysterious when there’s so much to shout about at this firm: our approach to D&I, our incredible standing on ESG, and so on….’

For others following in Justin’s wake, he recommends thinking outside the box. ‘You don’t have to be a lawyer to join this sector. Look at everything that’s out there, research the range of firms, get an idea for the feel of a business. Your work takes a huge chunk of your life so you need to seek out somewhere that can support your personal and professional growth, not just give you a pay cheque once a month.’

It’s good advice that he has obviously taken to heart in his own career, as he continues to make an impact on recruitment and diversity in law, well into the future.

PrevPreviousHow Professional Services firms can ensure they embed diversity and inclusion into their recruitment policy
NextWhat’s it like to join Totum?Next 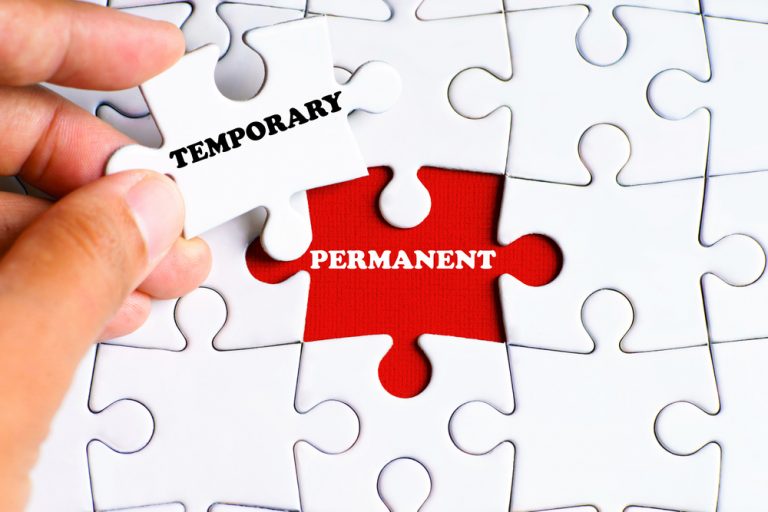 The interim, temporary and contract market is a particularly exciting area of recruitment right now that is attracting more fantastic candidates and presenting firms with 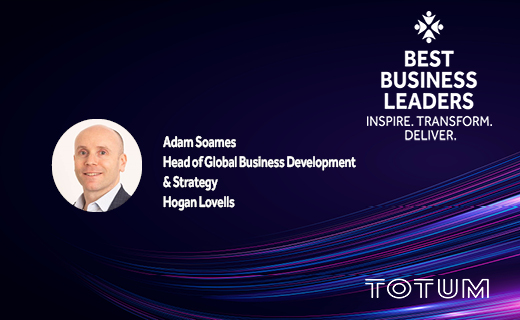 In the fourth of our series profiling our five winners of Totum’s Best Business Leaders awards, we are delighted to talk to Adam Soames, Global 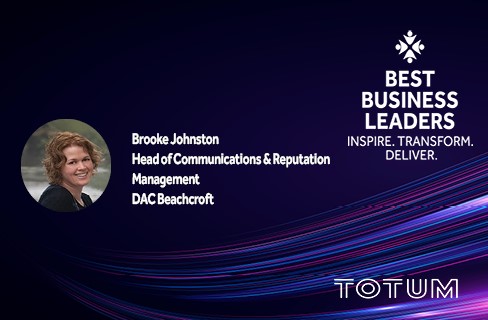 In the third piece in our series profiling our five winners from Totum’s Best Business Leaders awards, we are delighted to talk to Brooke Johnston,