Diversity and equality in law firms: A personal journey

Anglo-Australian Legal Services veteran Paul Khan shares his personal experiences of working in the legal sector as a mixed-race professional and how they have impacted his views on diversity and equality in law firms.

This is an abridged version of a broader thought leadership piece. If you would like the full version email [email protected]

I have known Tim Skipper for over 25 years and have always found him to be a forward thinker with a deep affection for legal services and I was absolutely delighted to be offered a chance to contribute to Totum’s series of blogs.

If you are reading this then you most probably are working in one of the most misunderstood, unique but incredibly rewarding of careers in the day-to-day support of your internal partner and lawyer clients so they can deliver the very best client quality and service to their own clients.

Originally, I was going to write about differences between working with partners in Australia, New Zealand and the UK, which is a fascinating and useful topic.

However, following recent Totum webinars, and as is fashionable today to say, following the US precedent, as a ‘man of colour’, I have been following with great interest the series that relates to diversity, equality and inclusion (DE&I) within the legal profession and it’s a topic on which I am keen to contribute. My initial subject will have to wait for another day.

I have spent over 25 years working in legal support across the globe in consulting, as a BD Director and C-suite as COO or CEO, spanning the magic circle through to boutique B2B and B2C firms

In the modern way, I write this blog as ‘my truth’ as it relates to my own (apparently as judged by others),successful and varied career in legal services. It is my story and my experience.

You no doubt have your own but do take some time and step into my shoes (in lawyers speak ‘subrogation’), as I do think that we are all moving too quickly – albeit from the right intentions – to prove our credentials in DE&I, towards a place where not every voice is necessarily being heard.

My heritage is Anglo Pakistani, and I was born in the 1960s in a very fashionable part of London (but only because the hospital was in Kensington) and brought up in the Vauxhall car capital of Luton.

I’m proud to say that I was brought up in a working-class community with a comprehensive school education. I had an excellent childhood as a mixed-race child surrounded by confusing elements of British society’s change in the 70s and 80s.

As someone who ‘was a bit of both’, I’ve lived everything from a pushy immigrant dad obsessed with education, being caught in the race riots in Luton on the back of the Brixton riots, running home scared to my university digs from the bus stop in East London to avoid ‘P*ki bashing’ skinheads. I’ve also sang in religious Anglican choirs and with Pearly Queens, been president of an English history club, learned dominos and pool from energetic West Indian peers and pride myself on being open minded. My best friend at university was/is a post–op transsexual when nobody even knew what that entailed and I’m as happy eating a vindaloo as a Sunday roast meal or a Laksa.

Sure, I experienced racist abuse in many forms, but the irony is, that before I can talk about how these issues have coloured (no pun intended) my views on DE&I I must be totally clear.

I do not share the working baseline assumption in much of the DE&I teachings that I was brought up in a racist country, but rather, we were all victims of rapid change – coming to terms with the UK’s post-war decline, and an influx on cultures that were new to most Brits – and its impact on everyday life. Any racial prejudice that traumatised me was also diverse as it included that from other ethnic groups who either found one or other sides of my mixed heritage not to their liking or frankly did not like the way in which my ginger Geordie mum turned me out in ironed jeans!

Racism then was clearly not a one-way street.

Ironically, today, at nearly 60, I see myself as non-ethnic but I hope I took the best out of everything and everyone I was exposed to.

Naturally, it is right that racism is seen to be the evil that it is. It’s a no brainer. I also think it’s just a waste of humanity for anyone to be disadvantaged by things such as their sexual preferences, gender or otherwise.

However, it’s how we face the challenge to create positive change in the right way that defines us.

At every stage of my career, I have been given an opportunity to sell myself and my ideas and if I have been rejected, not once have I ever felt that it was on a racist basis, or I was excluded.

I think it is hard for people to imagine the difficulty of breaking into city-type roles as a young working-class man from Luton in 1984. But as a man of colour working for predominantly upper-class white male (and less so, female) partners I can tell you that I have never been dealt anything but extreme fairness for over 35 years.

Partners are hard taskmasters, but I always felt that my deliverables and what they wanted from me were fair, achievable and measured given the fact that the work we do should be judged based on service delivery, value-add and where client focused character types thrive.

To me the on the job ‘training’ I received in engaging with and understanding other cultures as I travelled with my roles is as valuable as anything else I have attended on courses aimed at educating me about DE&I.

Regardless of today’s climate I say that to thrive today, what I found worked for me is still as important now and I recommend them:

My own experience working within the magic circle, the big four consultancies and many other law firms is that they have been incredibly colour blind, committed to equality and both positive and proactive in pushing gender equality within the workplace.

You may disagree. But that’s fine. It is the way things should be right?

Differences are to be celebrated after all – aren’t they?

We gain by listening to the voices and opinions of non-whites in my age group who faced issues relating to class or background and equal opportunity but have a positive race story to tell.

I make no political points here, but I think we risk trivialising race, equality and gender issues by rushing to outdo each other in the way we demonstrate our credentials in these areas. In the final analysis, a focus on equality in law firms must avoid groupthink, grandstanding and virtue signalling.

The racial battles that we fought in the 70s and 80s cannot be simplified into good and bad players and younger workers should be aware that we can be patronised by others who assume that because I’m a man of colour, I’ve had a hard time, or I need some sort of assistance or ‘leg up’.

I have not had a hard time and if I were to base my own views of equality in law firms within Britain and NZ / Australia purely through the portal of my own experiences, I would absolutely recommend our industry and workplace to anyone as a place where attitude and work ethic transcends so much else.

It has its issues of burnout and entrenched attitudes but, personally, racism? No. In fact I’ve experienced the reverse in terms of the way I’ve been treated, respected and looked after across my entire working life.

I thank Tim for allowing me to put some of these thoughts to his base and I hope it creates some debate and respectful commentary.

A big thanks to Paul for sharing his views on diversity and equality in law firms based on his experiences.

PrevPreviousDancing to a different beat: Succeeding as a woman in business
NextThe hybrid office: Keeping everyone happy?Next 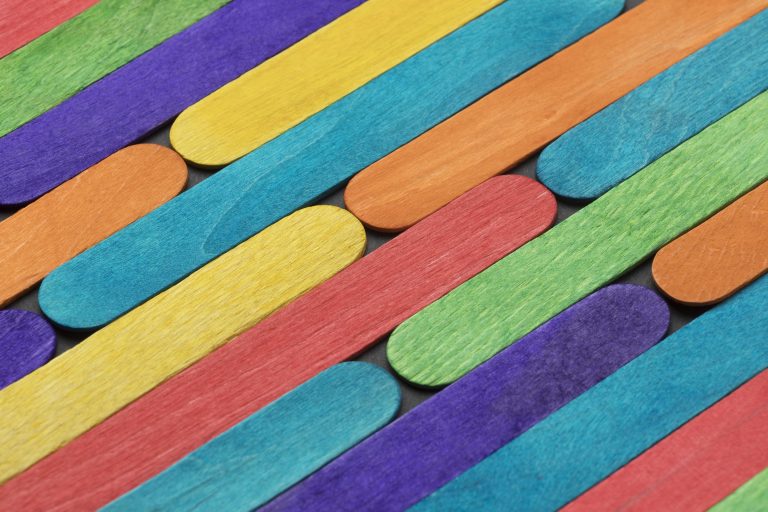 We are delighted to once again publish Totum’s latest diversity in recruitment statistics (our fifth year of publishing our diversity figures!). We include details of 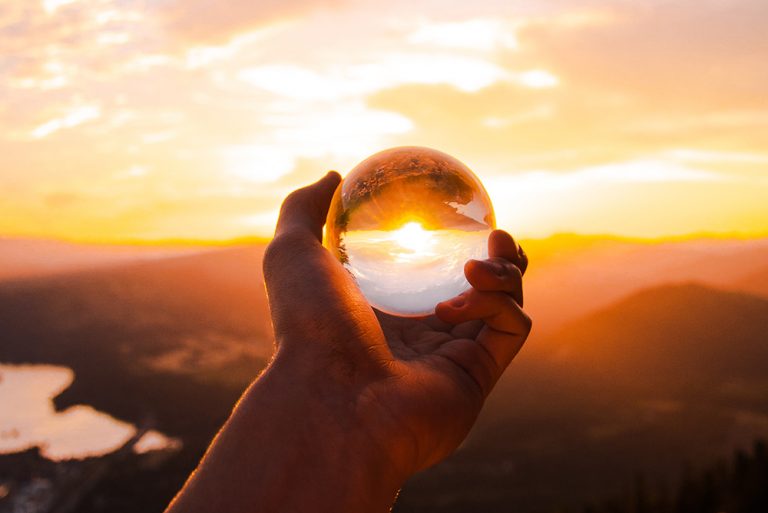 Throughout all the disruption of the past year, one constant at Totum was continued law firm leadership recruitment, catering for the most senior roles across 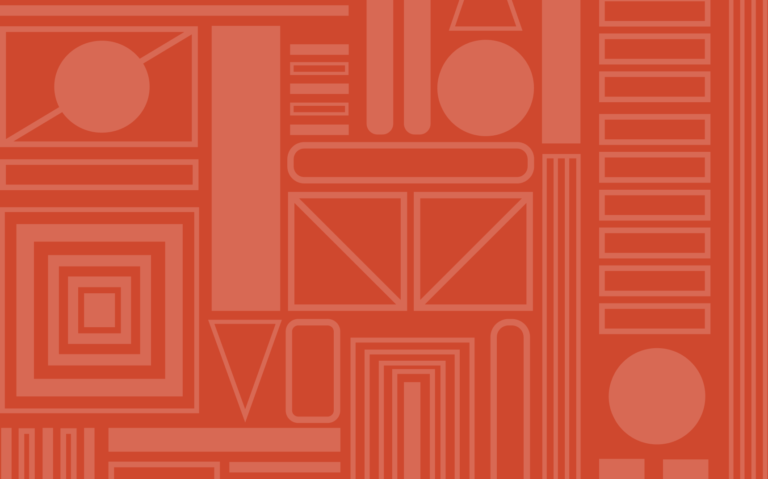 Business services professionals have taken on increasingly senior roles in law, as firms have recognised their huge contribution and their functions have grown in both